8 Rules You Ought To Know When Driving Your Car

By the time one has learned and passed the test for their learners, did several hundred hours of driving lessons and doing on the driving test, there’s still more to learn as a driver. You will never stop learning on the roads even at 40, 50 or 60 years of age. That is why VicRoads has put extra emphasis on increasing your hazard perception skills to avoid all sorts of accidents from developing.

As Australia’s population increases, the cities are getting more crowded every year. More young people join the drivers list and thereby more vehicles are added to the ever crowded roads and streets of every city in Australia. This is also true of other cities in other nations which face similar growing crowd of drivers on their roads.

In this article we present some of the more not well know rules that one should be aware of. Breaking any of these rules is an offense that could be very expensive.

Not long ago now, Australia as a nation introduced laws against using mobile phones while driving a vehicle. This particular rule states that even whilst stationary and the car is in ignition and on the road you are still seen as driving the car.

It is an offense to use your mobile as a driver. So, don’t even bother having it on your lap, that too is considered using the phone. It is dangerous to use a mobile phone as a driver. We’ve seen people using mobile devices who failed to give way.

We all hate traffic but is it worth risking a big fine to save a few minutes of your life? By law, if you can stop safely on an orange light then you ought to stop. If you sped up and tried to pass on orange light and it was safe to stop, and you were stopped by a police officer whilst running the orange light then you have been caught breaking one of the road rules that is not well known to a lot of us. The fine for such an offense is high and it is the same as running a red light.

Be a good Samaritan and keep your garbage in your car and take it home or stop near a bin and bin it. It is adding rubbish into the environment and thereby an office that can be expensive. If you caught throwing any rubbish out of your car then you’re looking at more than $200 fine in most states in Australia.

Do you like to use the car horn to say good bye to your friends or even wave you arm out the window? If you do both of these together then you’ll be hit a with double fine. Be warned, it will cost you at-least 2 demerit points and fines.

Don’t block out your number plates if you don’t want to lose at-least half of your weekly pay. In Victoria, if you have a bike rack and there is not bikes attached then it is an offense and you will get a fine for that. The rules are there to help the general public from hurting themselves. Mind you, when I first learned about this rule I asked myself that this does not make any sense. But, if you do a little bit of thinking it all comes clear and bright. The bicycle rack is no danger to a lot of people whilst the car is moving but it is a danger when you’ve parked your car.

Do Not Do Drugs and Drive!

Having any drugs in your blood stream is not only illegal but also very dangerous when driving. This is a law under all states in Australia. In Victoria, the fines for such an offense is 10 demerit points and $455. Not to mention that in order to drive again, you would need to be free of drugs for the next 3 years. It’s sad but the reality is that is needs to be implemented for the safety of other road users. There has been many accidents involving drug use and driving in the past.

This is perhaps a very import rule to note. It is a common problem when cars meet cyclist and pedestrians on the roads. Did you know that if you open the car door and accidentally hit a cyclist or a pedestrian who is going past you is an offense and the is $379 in most states.

When next time you drive past a cyclist on the road make sure to give enough space between you and them. You must at-least give 1 metre space at speeds below 60kms/hr and 1.5 metres at speeds more than 60Kms/hr. The fine for such an offense if you caught breaking it is 3 demerit points and more than $300 in most states.

The final common road rule I am sure most people are not even aware of but are always breaking it. When a driver overtakes another vehicle and cuts in too early is an office, as is speeding up to avoid been overtaken.

I am sure there are more of these “not very well know road rules” most of us are not aware of.  Drive safe and increase your hazard perception skills.

Lina Mariana
03:27 07 Oct 16
Thank you to Ibrahim for his excellent and patient driving instructor. I passed my driving test today because of his teaching method. I really like that he is very strict and he make sure that you get it right. He give a lot of tips and tricks of how to drive and be more confident on the road. Apart from strict, he is very nice and full of jokes, make your driving lesson enjoyable. At the end of the day, it's not only to pass driving test that you want, it's how to be a good and safe driver on the road. 7 stars!!!.

Jake Trigg
06:23 01 Dec 16
Thank you so much, Ibrahim! Thanks to you, I felt extremely confident in my abilities going into the test and comfortable the whole time while driving. I found you to be extremely friendly and your constant joking and laughing put me at ease. I couldn't recommend Rahma Driving School more highly.

Atikur Rahman
14:51 19 Nov 16
Great teaching techniques, reliable and very professional. I have just had couple of classes ,but it helped me to pass at one go . Ibrahim really gave me the confidence to drive safely . I highly recommend Rahma driving school. My pleasure to have such great driving instructor. 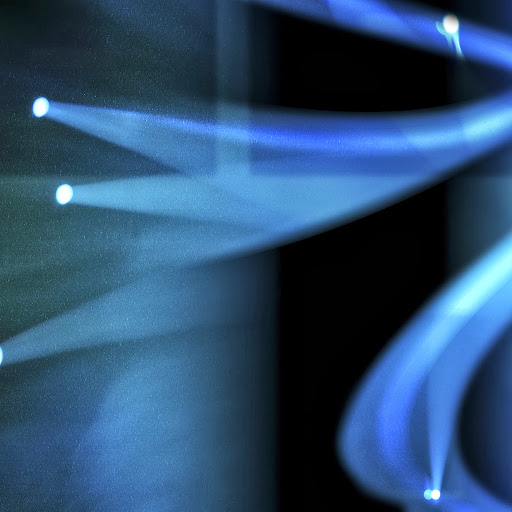 Oz Dogan
01:18 13 Dec 16
Down to earth people who will help you with your driving lessons. They are professionals and have lots of road knowledge and expert driving instructor experience. Easy to communicate with and friendly people. Highly recommended.

Dinesh Sharma
03:33 11 Oct 16
The instructor is a joyful personality, honestly boosts your confidence, knows the instincts of overseas drivers and helps to manage them. He covered the area (Bundoora) very well and provided best practices around tricky situations. He is not only spot on with feedback when you make a mistake, but also when you make improvements. Which helps a lot. I will highly recommend at least two lessons from Rahma Driving school if you are an overseas driver.
See All Reviews

"Congratulation to Mathew K. G. for passing his driving test at VicRoads / Bundoora. Another safe Driver on the Road.. all the best"

"Congratulation to Tak Wan for passing his driving test at VicRoad / Carlton.... well done Tak..... Best of luck at your Uni exams :)"